As part of the New Work Festival

Shortlisted for the Women’s Prize for Playwriting, Sankofa is a semi-autobiographical show about legacy, heritage, and what it means to belong as part of the African diaspora, told through live music, storytelling and traditional pottery. 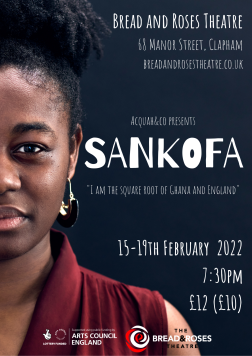 Performing an extract from my play at ‘I Can’t Breathe’ festival at Tower Theatre and The Arcola Outside.

A combination of plays and performances exploring Black experiences during the pandemic, particularly in the light of George Floyd’s murder and the Black Lives Matter protests.

I can’t breathe – The Tower Theatre

A new piece of theatre exploring AI and the racial bias in algorithms that affect our education and policing systems.

Many thanks to Nick Wood and Ayse Tashkiran, and the M(f)AATP students for their stunning interpretations of the text!

​Written by myself and devised by Shybairn Theatre (shybairntheatre.co.uk) BURNOUT is a show about climate activism, and asking why the movement doesn’t include those impacted the most.

BURNOUT had a two week R&D which took place at Live Theatre in 2021. 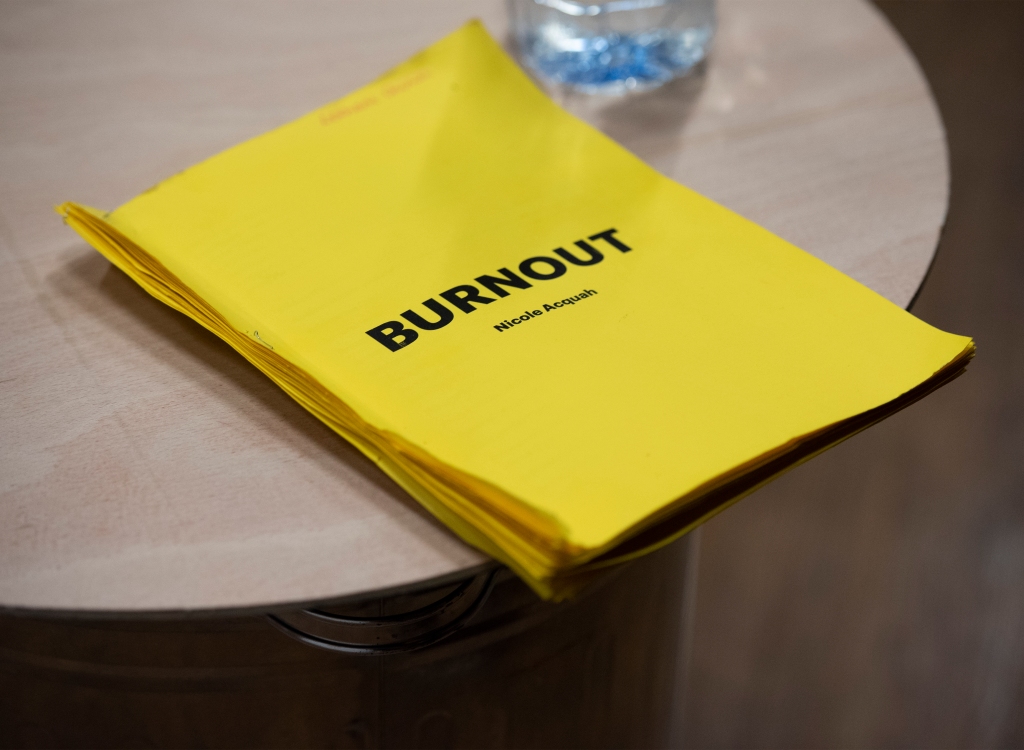 Two weeks joyfully creating a show for young people, around the topic of natural afro-hair.

Commissioned by pigfoot theatre, HOT IN HERE is a piece exploring climate change, and how it is disproportionately affecting people in the Global South and nearest the equator.

The show’s technology is powered by energy generated by the performers’ collective bodies, through an energy-harvesting dance-floor.

Commissioned as part of Camden People’s Theatre Outside the Box Season generously funded by the Paul Hamlyn Foundation.

CASTE-ING at The Barbican – Playwright

An original play. A beatboxing musical seed-commissioned by Nouveau Riche and performed at The Barbican. Caste-ing is a play following the lives of Black actresses in the UK. An exciting blend of beatbox-gig theatre, spoken word and song.

“Jordan Noel and Nicole Acquah bring empathetic depth to their portrayals of differing ways of trying to survive trauma.”

CASTE-ING at The Barbican – Playwright

Playwriting commission by theatre company Nouveau Riche  (https://www.nvrch.com/) in collaboration with The Barbican. We’ll be sharing the fruits of our R&D during the first week of October.

Performing on the main stage at Sadlers Wells as part of the Danse Elargie international dance festival was an absolute blessing!

Review: Mur/Mer, dreamlike and impressionistic, stands out as an evening winner...

Produced by Blue Elephant Theatre and written by Jacqui Livingstone.

Way Back When is children’s theatre that celebrates Afro-Caribbean storytelling. Playing 8 year old Alex was a pure delight! We took the show to several schools, a playpark and Blue Elephant theatre itself!

i stopped…when recommended by Lyn Gardner in Stagedoor (linked here)

In association with the University of Greenwich

In association with the University of Greenwich 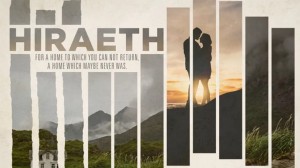 Commissioned by The Royal Central School of Speech and Drama under the title ‘Heroines’.

Developed in association with Greenwich and Lewisham Young People’s Theatre.

Heroines in Limbo is a satirical show that challenges what it means to be a heroine, and whether or not we can (or should) reconstruct the narratives of fictional heroines.  It is currently being developed in collaboration with The Heroine Chronicles, The Tramshed and Sedgehill School in London.

My short play Infomania, was chosen to be part of The Miniaturists new writing night. 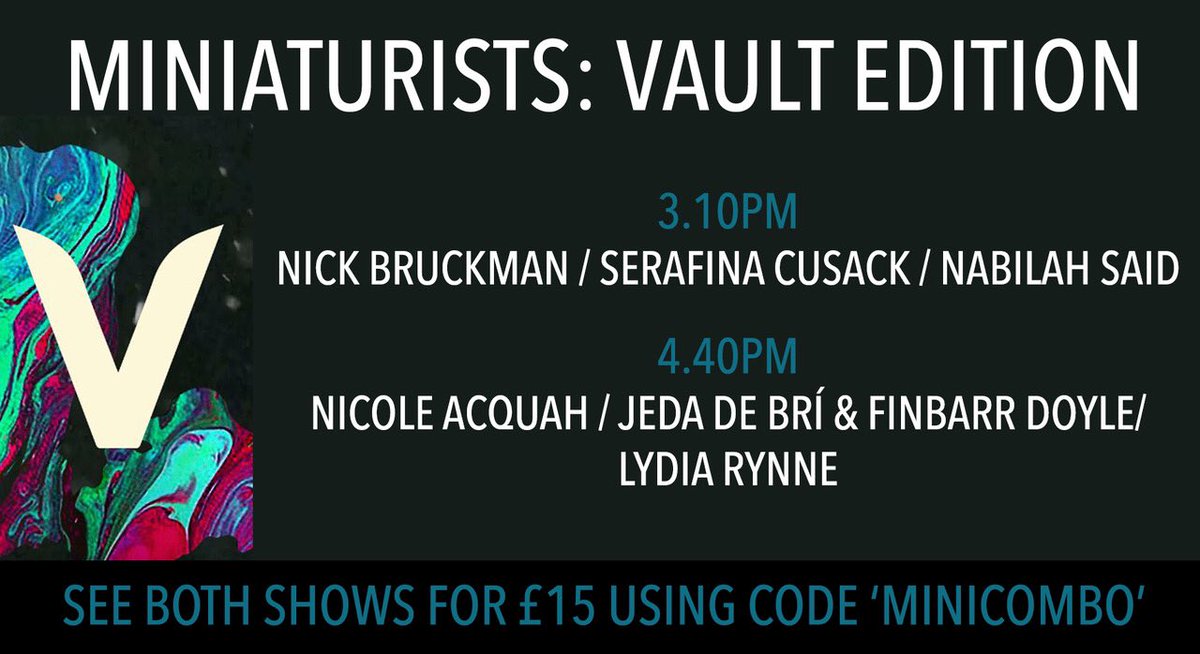 An interactive show for children, by non zero one. 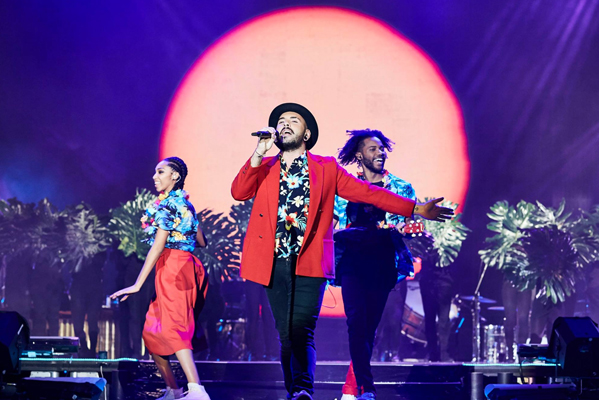 Excited to return and play Mrs A in The Paper Traveler by Marie Klimis.

An interactive show, which brings stories to life in a sort of treasure hunt through libraries!

For a Black Girl is BACK! We’ll be performing at a stylish arts space called The Curve Slough on 16th October, 2018.

Medusa at The Crypt Gallery

“A contemporary take on a well-known tale, examining what it takes for women to be considered monsters.” 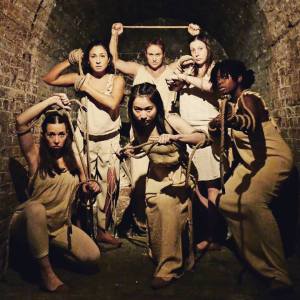 For a Black Girl – Written by Nicole Acquah (VAULT Festival)

I wrote a play called ‘For a Black Girl’. It’s a brutally honest exploration of the Black British experience in the UK.

For a Black Girl made the ‘Top 10 shows to see at VAULT’ as recommended by The Guardian. It was also listed in WhatsonStage and The Upcoming.

“A vital and vibrant show”

“A flash of brilliance. The… show is brutal, honest and crafted with real skill.”

I wrote a semi-autobiographical play which explores the lives and experiences of BAME (particularly female BAME) citizens in the UK.

After a hugely successful run at London’s biggest arts festival, the show is now also part of SPRINT Festival 2018.

Come join us at Camden People’s Theatre this March! > https://www.cptheatre.co.uk/production/for-a-black-girl/

The play is being brought to life by This Is It Theatre Company. We’ve got some exciting venues lined up, so give us a follow on our twitter: For a Black Girl for further details!

N*gger – A One Woman Show

If you’re simply looking for a show which is vibrant, colourful and thought-provoking, this is the one for you! Please join me in a part scripted, part improvised show, tracking the N word from its origination to its current day usage.

In collaboration with: Omnibus Theatre

I’m performing in this show by theatre-maker and designer, Marie Klimis. Part of Wandsworth Fringe!

An exciting new piece of storytelling which is part theatre, part treasure hunt.

Come join us on:

This was a project which joined a small group of facilitators, asylum seekers, and artists for a day of exploration, discussions on identity and expressing our home and cultures.

My role was as an artist and I was given one hour to create art based on the events of the day. I created a spoken word poem (combined with movement), which was filmed and will be showcased at BFI cinema 18th November 2017.

It was a very illuminating day, and above all else, enjoyable! It was great to meet people from all over the world, hear their stories and even share in some food together. When I can I will share the finished film with you.